Mend The Hollow is the new solo project of  Jimi Haha.
Jimi is the lead singer/guitar player/songwriter for the bands Jimmie's Chicken Shack and Jarflys, both from Annapolis Maryland.

The Debut Record was Produced by Jim Wirt (J.C.S./Incubus/Fiona Apple), mixed by multi Grammy winner Tom Lord-Alge and mastered by the master himself Robert Ludwig.  The record is a collection of songs written over the years, some new and some performed live by the band Jarflys.

Half of the record was tracked live in 4 hours at Crushtone Studios in Cleveland Ohio in the winter of 2015 with Jimi singing and playing acoustic guitar and members of Jarflys: Bryan Ewald on guitar, Noel White on drums and Larry Melton on bass. The other half of the record was tracked with Thomas Beall on lap steel, Dominic Fragman on drums and Jim Wirt on bass. The songs are alternated in order and flow seamlessly. The music is a mix of American music. With notes of rock, blues, soul, and folk the record has a genre morphing vibe yet an honest feel.
​ 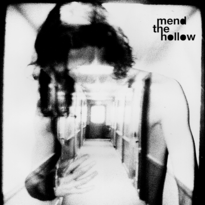